In this series, we ask investors from all walks of life to chat about what it was like when they made their first ever investment. We’re kicking the series off with young entrepreneur Adi, who says luck brought him to the investment game, and goals keep him there. 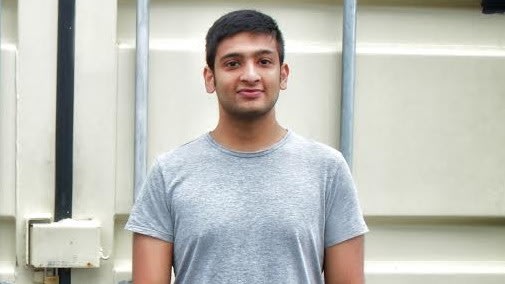 When it comes to setting goals, the sky is literally the limit for this 20-year-old. The third-year software engineer and finance student focuses every aspect of his future career and current investments toward the ultimate, long-term goal of space travel.

“The end objective is to make it to space, it’s been a dream since I was a kid. I don’t have the skills or the location to be an astronaut so I need to be rich enough to get there anyway,”

There are many layers to Adi—aside from studying, he owns a software development company, and is one half of Kiwibank Fintech Accelerator startup Liberac. He’s also president of the Victoria Business Consulting Club, executive of Victoria’s Business Club and works with New Zealand Cadet Forces.

In his spare time, Adi has become a savvy investor and is encouraging more Kiwis to get involved to reach their goals now, and in the future.

“Even with a salary of $100,000 a year I would never have the funds; I knew I needed to do something big to get there — having my own successful business and investments is the answer.”

He made his first investment at age 19 and this has been a huge learning curve, which he shares with us…

Why did you start investing—especially at such a young age?

I’ve always been curious about money and I’ve always had goals. One of my friends started investing when he was in Year 10 at school with money he got from doing odd jobs. Now he’s 20 and his portfolio is worth heaps.

That’s what got me interested. But I didn’t have the money until I started university and started working. My degree was going to take four years and I wanted to save enough to buy a car as a graduation gift to myself at the end of it.

“My friend told me that $2000 was enough to start investing and would help me get more than I needed for the car.”

How did you know what to do?

I was 19 at the time and lucky to have a friend to help me. He made me read The Intelligent Investor by Benjamin Graham, before I even opened an account.

I was working at the time earning about $130 a week after tax and saving about 70% of that. My only expense was my car and fuel, I was living at home and bringing my lunch every day. I read about how to invest and what the numbers meant. And learned what I could from others.

What was your first ever investment?

The first purchase I made was a was an emotional investment. I had been with Westpac bank since I was a kid so I bought Westpac bank stocks in April last year. I didn’t realise I’d bought them for a premium and shortly after the price dropped. After that, I made sure I did my research rather than just going with emotion with this type of investing.

What would you do differently, if anything?

I would stick to what I know. I didn’t know anything about banking when I went into Westpac. The other Australian business I invested in—I liked the company and the profit margins—but at the end of the day, it’s the underlying things that make it a really good investment. If you’re investing in individual shares doing the groundwork before investing is important.

What do you like about having an investment, why should people try it?

It gives you a lot more flexibility. I make more money investing than I make through work. By the time I turn 50, I’ll legitimately be a millionaire—no matter how successful I am in business. And that’s from starting with just $2,000.

It also gives me security over the long term. A lot of my friends live week-by-week and have debt. My bank account is always at zero—all money is either invested or ready to be invested.

How did you feel after becoming an ‘investor’ for the first time?

It’s exciting. Just the thought of knowing you’re on track to becoming a millionaire. It’s adrenaline. I’m into sky-diving and it’s a similar feeling, it’s about taking a massive risk. It feels like a gamble, but it’s a positive one.

What tips would you give to everyday New Zealanders who think you need loads of money to invest?

I found there’s a really bad stigma around investing—my parents never invested, so it was an internal battle for me. I felt like I should have half my money in savings and half in investments. But once you get into it, it absolutely makes sense.

I think it’s really important to stick it out—I was down 30% at one point—it’s hard earned money, but you have to hang in there, it’s a long-term game.

What is the best piece of advice you have given (or been given) about investing?

Set a goal that’s achievable in the short to medium term, like the car was for me. Then you figure out what you have to do to get it in that natural term.

"Investing is an enabler, it enables you to achieve your goals faster."