Peter Griffin, technology writer for BusinessDesk and the New Zealand Listener, takes a look at how tech stocks have led the market’s recovery at a scale and speed few economists predicted. 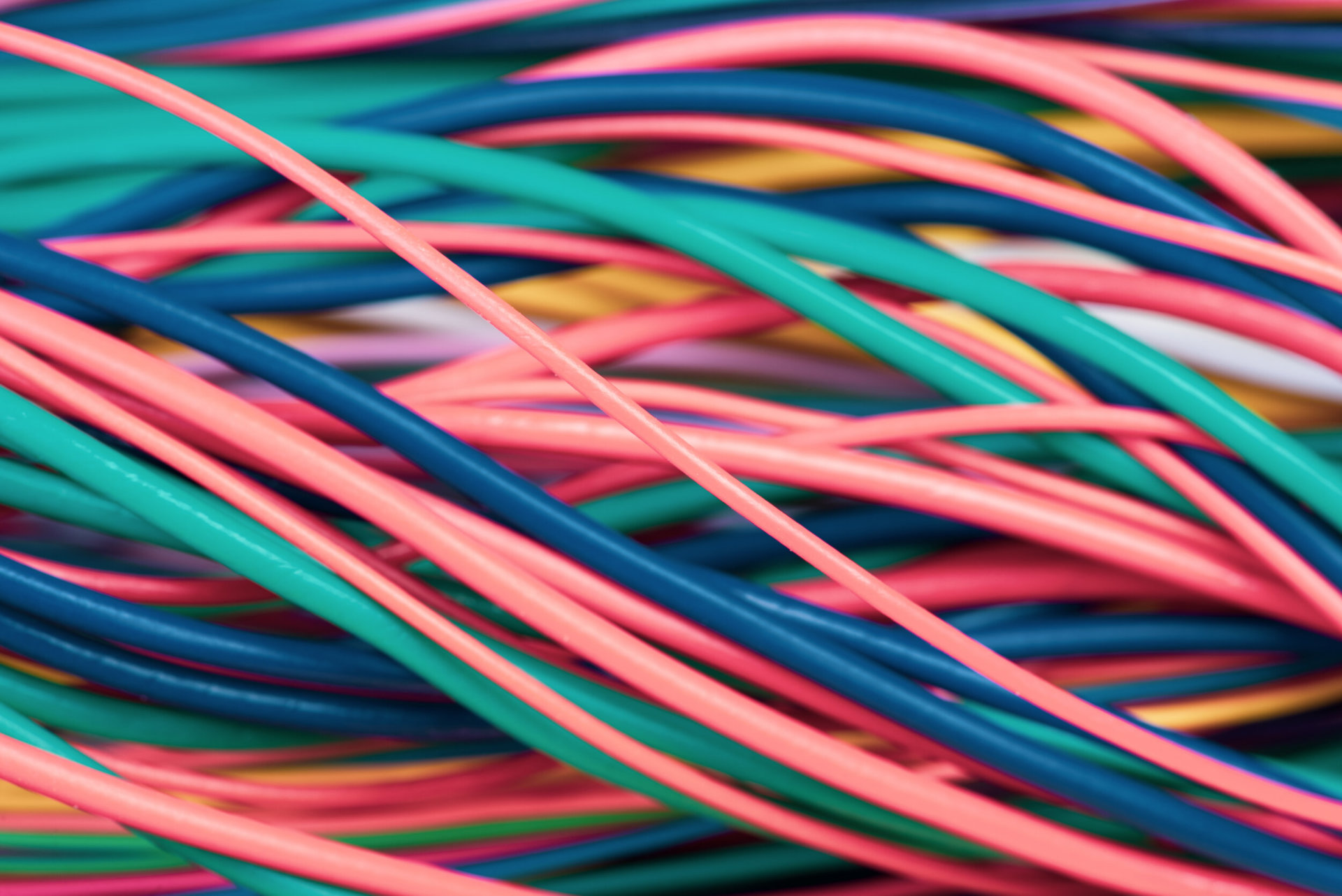 I started my career as a tech journalist 20 years ago in London covering the dotcom bust. I sifted through the rubble of an industry that a year earlier had soared to record heights. Many think we are in dangerous territory again, with unsustainable market valuations disconnected from a world facing the ravages of COVID-19.

But things are very different 20 years on. The S&P 500, a share market index of the 500 largest companies listed on US stock exchanges, is now dominated by tech companies. Technology is more mature, with e-commerce, cloud computing, mobile and app technology now part of the fabric of the digital world. Just consider the figures for a moment.

In August 2020, just 10 S&P 500 stocks accounted for over half of the 7.2% of total return from companies on the index, according to the Bank of America. Apple (AAPL), Microsoft (MSFT), Amazon (AMZN), Facebook (FB), and Salesforce (CRM) were the biggest contributors.

Apple, Microsoft, Amazon, Alphabet (GOOGL), and Facebook together had a share market value of US$7.5 trillion at the end of August, worth 24% of the S&P 500. That was before their big surge in value in early September. Analysts suggest that weighting will stabilise closer to 40% by this time next year.

But what about the sell-off?

The rally in tech stock prices has been somewhat tempered this month by a sizable sell-off that saw share prices retreat. Some analysts attribute that to profit-taking by investors keen to bank some cash to prepare for uncertain times ahead. Others point to fears about a widening disconnect between companies’ valuations and their growth potential, giving some investors flashbacks to the dotcom crash of 2000.

Nevertheless, as at 22 September 2020, Amazon is up 60.2% for the year, Apple +50%, Facebook +20.9%, and Alphabet +6.8%. Then you have market favourite Tesla (TSLA), considered more of a tech company than a mere car maker, with its innovations in battery technology and autonomous driving. Its share price is up 437% for the year. A couple of years ago, some analysts were picking the company to go bust.

The pandemic has given most listed tech companies a boost. It has served to accelerate the digital transformation of just about everything—from healthcare to working from home. But some tech players have done better than others.

Amazon’s stock price has soared in value. Its e-commerce marketplace and vast delivery network have seen unprecedented demand from consumers in lockdown. Zoom (ZM), the video conferencing platform most people hadn’t heard of before February, is up 588.5% for the year (as at 22 September 2020).

Facebook and Google have had more modest gains as they are heavily exposed to digital advertising revenue, which has softened with the hit to the economy.

Investors have flocked to tech companies because they know the digital transformation underway is going to fuel growth for years to come. But there are clearly other things at play. Stimulus packages are insulating economies everywhere, and interest rates are being ratcheted down to keep inflation at bay.

Amidst all of those factors, each tech company’s fundamental indicators have to be carefully considered. A listed company’s price-to-earnings (P/E) ratio is a key indicator analysts pay attention to. This is the after-tax profits a company reports, divided by the number of shares in the company. It essentially tells you how many years of earnings at the current rate the company would have to produce to match its current market valuation.

As of September 2020, computer maker Hewlett Packard (HPE) had a P/E ratio of 10.39 for the last 12 months. Zoom (ZM) had a P/E ratio of 598.3 over the same period. On the face of it, a lower P/E ratio is desirable—the stock is better value. But it is also a simplistic measure, especially when it comes to tech stocks, because it doesn’t fully account for their debt situation or, most importantly, their future growth potential.

Tech as the great disruptor

Tech companies are known for their potential to create exponential value, to open up new lines of business, and to disrupt entire industries. To do so, they invest heavily in research and development.

Amazon spent US$22.6 billion on R&D in 2018, the most of any company in the world. Alphabet spent US$16.2 billion, while computer chip maker Intel spent US$13.1 billion. Those massive, well-established R&D efforts pay dividends when it comes to producing innovations that will form the next wave of game-changing technologies.

Take Alphabet for example. Its R&D efforts are bankrolled by Google’s giant search engine and display advertising business. That has spawned deep research projects in everything from quantum computing and artificial intelligence to driverless cars and even anti-ageing treatments.

The leaders of Alphabet don’t know for sure what the next big thing will be. Even so, they spread their investment across so many promising emerging areas that their innovative DNA is likely to produce value for shareholders in the long term.

Is a tech crash coming?

Back in 1999 we saw many listed companies that were just starting on what analyst group Gartner calls the “hype cycle”. Pets.com was an innovative idea 20 years ago when buying dog food and cat collars online and getting them delivered to your house was an innovative idea. It was also an idea ahead of its time, when only 43% of the US population was connected to the internet, and online shopping was still a novelty.

Such companies, after raising billions through initial public offerings (IPOs) and with P/E ratios north of 100, often failed to make it through Gartner’s “trough of disillusionment”. Investors realised that the gulf between concept and reality was too great for many of these tech companies and sentiment turned sharply against them.

Today, the so-called FAANGs (Facebook, Apple, Amazon, Netflix, and Google) are based on mature, trusted technologies and produce sizable revenues every year. They are trillion dollar companies because people recognise their future growth potential.

These companies have enjoyed a light-touch regulatory regime in the United States for the last 20 years. This has enabled innovation to thrive, which has been great for the US economy—and the world. But a decade of rapid growth and diversification of many “Big Tech” companies has come at a cost. Some of them are now so big and well-integrated that their market dominance could shut out competitors and give them a stranglehold on key industry sectors.

In July 2020, the CEOs of Amazon, Facebook, Alphabet/Google, and Apple faced a grilling from members of the US Congress House Judiciary Committee. Many saw it as the precursor to ‘anti-trust’ action against these companies, designed to protect consumers and ensure fair competition.

Apple’s CEO Tim Cook was forced to defend the company’s policies about how app developers can use its App Store. Amazon CEO Jeff Bezos faced accusations that his company has been using data generated on its platform to go into competition with its customers.

Facebook and Google now monopolise the digital advertising market around the world. The Cambridge Analytica scandal showed how Facebook’s platform, with over two billion users worldwide, is being used to manipulate democracy.

A break-up of some of these companies is possible—but unlikely. They may face regulations forcing them to open up their platforms to competitors as well as price controls. Their ability to grow by buying up innovative start-ups may be curtailed. The outcome of the US Presidential election will be important with the Democrats pushing harder to “rein in Big Tech”.

These actions would have implications for the likes of Google and Facebook to maintain their current levels of profitability and market dominance.

Uncertainty ahead, diversification is key

Tech is seen as sexy, disruptive, and for many easier to relate to than supermarkets, oil and gas, or pharmaceuticals. However, it should be carefully considered in line with your investing goals.

If you buy into the long-term growth potential of the major tech companies, having them in your portfolio makes sense. But don’t overlook the quiet tech performers, the undervalued and overlooked stocks, that continue to pay solid dividends year to year. IBM (IBM), Hewlett Packard, and Cisco (CSCO) have solid P/E ratios, pay dividends, and also have a track record of innovation.

A host of tech players you probably haven’t heard of are integral to the communications infrastructure and applications we use every day. Even so, they haven’t attracted the hype and legions of retail investors like that of other companies mentioned in this post.

Diversification is key. Yes, tech will enable the economic recovery—and you have a chance to share in that value creation. But, the bargain shares are more likely to sit in those other industries that will thrive once again when the world emerges from the grip of COVID-19.