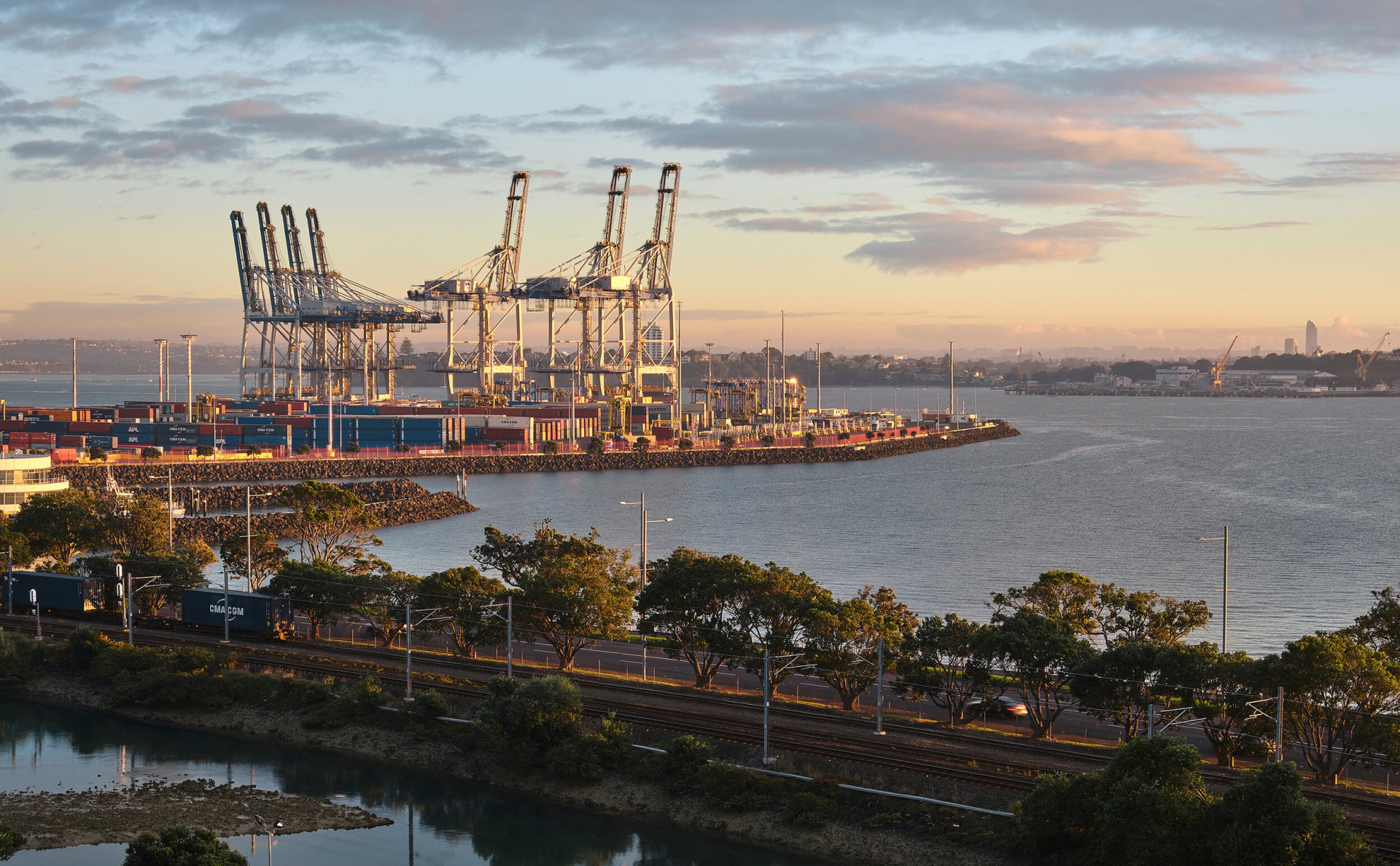 The idea sounds improbable in hindsight. Down here in the South Pacific, as far from London in a leaky boat as it’s possible to go, we decided to make a living out of growing food for Britain. But it worked. We would send them lamb, and butter, and wool and other goods that would have been familiar to the Romans. They would send us money. Our little nation at the far end of the world steadily grew.

Over time, we would lose customers and scramble to find new ones, but we kept on growing, and now, here we are, 5 million souls and a GDP (gross domestic product) of $300 billion. Through it all, the fundamental scenario has remained more or less the same: down here at the bottom of the world, we make a living from turning grass into something the world might buy.

What could possibly go wrong? From time to time, the world economy shows us. We’re vulnerable in the way we have been from the beginning. We’re not diversified enough to be able to just sit out a global cataclysm and fend for ourselves. We need things the world makes that we do not. Pharmaceuticals. Face masks. The new iPhone.

Most of all, right now, two vulnerabilities weigh on us. Tourism, and supply chains.

The first of those is already painfully clear. Air New Zealand has most of its fleet parked. Tourist businesses have no customers. The borders will be shut for a long time. It’s a $20 billion industry employing directly or indirectly possibly 300,000 people, and it’s more or less paralysed.

As for the supply chains, that’s more of a potential disaster playing out in slow motion. Globalisation and open borders brought us the beauty of the global supply chain. A thing could be made in one country, bringing together elements sourced from twenty factories across the world. It could be made just in time and on time, every time, right up until the day borders closed and economies shuddered as nations went into lockdown—suddenly, we are confronted with some not-great prospects.

When the doors open again, will all those factories still be there? Will those parts be available, and will there be a shipping line to carry them? In the post-COVID-19 just-in-time economy, will those packets and pallets be available when we need them? Who will supply us with masks and ventilators and PPE (personal protective equipment) if we need them?

Now that the supply chains are in question and our borders are closed to visitors, could this be a time to reconsider the notion of greater economic self-sufficiency?

We have passed this way before. The Great Depression of the 1930s brought misery: vast unemployment, a world contagion of doors closing to trade, and financial collapse. If you lived through that, you naturally looked for ways to become more self-sufficient, to insulate the country from further economic harm. And so from the 1940s, New Zealand became a protected economy. The aim was to foster manufacturing of a wider range of goods and products, using import licences and tariffs to give local manufacturers a leg up and protection from competition.

These factories were mostly small affairs by international standards, except for the ones processing primary produce—freezing works, dairy factories, and later, aluminium smelter and steel mills, and pulp and paper mills. But by the end of the 1950s, the 5000-odd factories of 1930 had grown to nearly 9000, and put on nearly 100,000 more jobs.

This was not a merely reflexive protectionist response. There was a long-term strategy supporting it, championed in particular by Dr Bill Sutch as secretary of industries and commerce from the end of the 1950s. Replacing foreign imports with domestic production would be an initial step towards a more industrialised, diversified economy, manufacturing not only for the domestic market but also for export, adding value to primary produce. The aim was to develop an economy of greater technical breadth and capability, supported by training, industrial design, technology and research, and infrastructure.

How well did they do? On the one hand, New Zealand went through the strongest export diversification of any OECD economy between 1965 and 1980 by product and destination. On the other, we remained lopsided, still primarily a primary producer.

The late 1970s took things a little further. Oil price shocks had brought inflation and economic turmoil. Various expensive projects were instigated under the banner Think Big with the aim of reducing our reliance on imported energy. We would use electricity and gas to reduce our reliance on oil. The projects came on stream more or less in time to see world oil prices fall and make the projects look like a vast waste of money.

This also coincided with the change of government in 1984 that put New Zealand into the global slipstream of free market reforms, economic liberalism and globalisation that threw open borders to let competition thrive.

Our local protectionism was now examined through a new lens: these local operations, how good were they really? Were they efficient, or were they costly and rule-bound and lumbering? Were we stuck in some kind of unionised Polish shipyard? What sense did it make that car manufacturers would disassemble a car, put the parts in a crate, and send them out to New Zealand to put it back together in a Porirua car plant? And what sense did it make to be assembling TVs and radios, or to be making shoes and clothes here, when we could be buying them for so much less from somewhere in Asia?

The arguments in favour of competition and globalisation were put compellingly; Finance minister David Caygill said you could theoretically grow bananas on the side of Mt Cook with a decent glasshouse, but that didn’t mean to say you should.

Arguments in defence of the self-sufficiency of our economy or the protection of jobs were trumped by arguments about competition making us more prosperous. If someone could offer those products or services at a better price, we should let them do that and play to our own competitive strength.

And so from 1984, import licensing was dismantled, subsidies removed, and tariffs progressively reduced. Many factory industries struggled to compete, and folded.

What were left, in the end, were chiefly export-viable manufacturers: in plastics; organic chemicals; paper and paper products; electrical and electronic goods; and machinery. This might be the place to first ask about the possibilities of expanding local manufacturing.

Those changes of the 1980s carried us into the current settings of free market and comparative advantage, and extensive and elaborate global supply chains.

Life’s enduring lesson is that in curing one problem, you often create fresh ones. Have we made ourselves too dependent on a world from which we can be cut off? Has the pandemic demonstrated to us that certain goods and services matter too much to ever be out of reach?

If we cannot ever hope to be entirely self-sufficient, would it not at least make sense to secure a greater degree of self-sufficiency than we currently have?

If the wait for a vaccine could be long, could it be time for us to explore the possibilities for securing a greater degree of self-sufficiency, if not within New Zealand, then at least in a common market with Australia, for manufacturing in the immediate vicinity and for a shared tourism market? And how might that work?

Next in this series, David explores what self-sufficiency in New Zealand might look like in the short term.