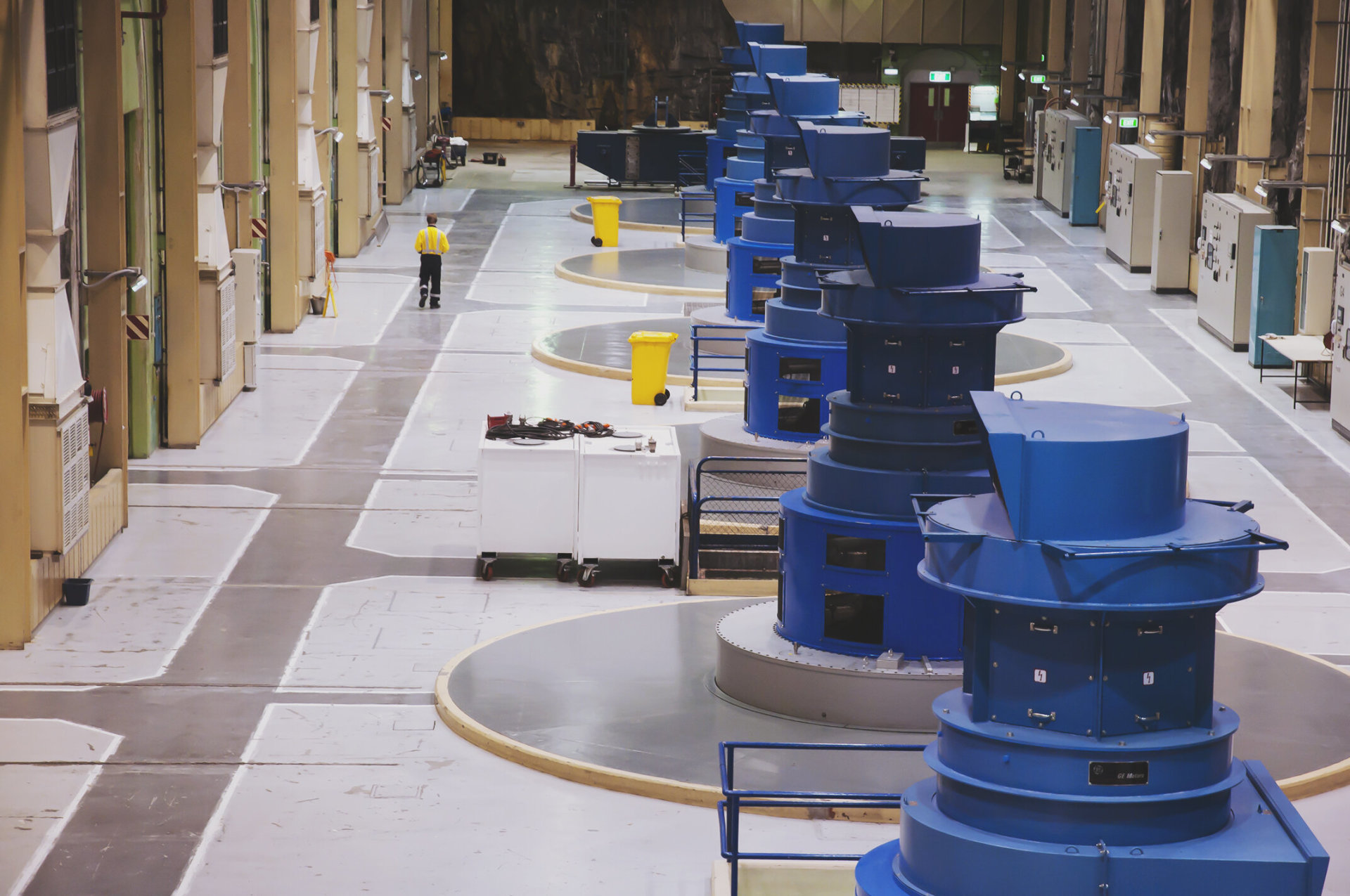 New Zealand is blessed with a bountiful supply of renewable energy. But what will happen when the Tiwai Point aluminium smelter, New Zealand’s largest electricity user, is closed next year?

New Zealand’s energy sector has given investors steady returns over the last decade. It really took off when the government listed Contact and Trustpower on the NZX (New Zealand Stock Exchange) during the 1990s. They were later joined by Genesis, Mercury, and Meridian in 2013/14 after the government sold nearly half its ownership of each company.

Broadly, these former state-owned assets have done what the government at the time expected. There have been no power shortages, operations have indeed become more efficient, and decisions to invest in expensive assets to provide electricity have broadly reflected market requirements.

But with the announced closure of the Tiwai Point aluminium smelter, the energy sector is preparing for change. Thankfully, change is something it has plenty of experience with.

A brief history of power

A wave of reforms swept New Zealand’s power sector from the 1980s. It saw the single, massive state-owned Electricity Corporation of New Zealand broken up into smaller companies. This aimed to promote greater efficiency and better use of capital to invest and maintain expensive assets.

To generate, transmit, distribute, or sell?

The energy sector relies on generating power, sending it to the region where it's needed (known as bulk transmission), locally distributing it to a home or business, and selling it to a customer (retailing). The rules established by the reforms meant that each entity had to choose which of these roles they wanted to play.

Bulk transmission was off the table. Transpower was formed in 1994 as a state-owned enterprise to maintain control over the critical, nationally strategic infrastructure that is the National Grid.

Local distributors—commonly referred to as ‘lines companies’—own the power lines that feed electricity to your house. They’re allowed to generate electricity, but they can’t sell it to customers. That rule was made to prevent these companies monopolising the distribution and sale of electricity.

A power generator can also become a retailer as well—also known as a ‘gentailer’. As a result, generators have since come to dominate the retail electricity market.

Today, there are five gentailers listed on the NZX. Between them, they have 88% of customer electricity connections.

Where New Zealand generates its electricity

The balance of generation between the South and North Islands has shifted since the 1990s’ reforms. While generation capacity has increased in the North Island, many in the sector imagined more power would be generated close to ‘high demand’ locations—like Auckland. But this has been limited by a combination of:

So far this year, the South Island has generated 45% of New Zealand’s electricity. Compare this with its 37% share of demand—a ratio that has barely changed in the last decade.

New Zealand’s energy generation from renewable sources is high by global standards. It’s currently around 81% of total generation, and has been steadily growing since 2005. The development of new wind and geothermal plants—as well as the closure of expensive coal, gas and oil power plants—has helped to accelerate this growth.

Wind energy cannot be readily stored, so it’s used by the National Grid first. But hydro-generation capacity can be stored by letting dam reservoir and storage lake levels rise. In the South Island, Lake Pukaki acts as a massive battery for much of the hydro-power generated in the Waitaki system.

It costs a lot to build a dam compared to a wind farm. But once a dam is up and running, it’s far cheaper to operate. A 2016 Ministry of Business, Innovation and Employment report estimated the cost of generating wind energy at $90–$105 per megawatt hour (MWh). To get an idea of how much a megawatt is, an NZ house on average uses about 7 MWh of electricity per year. Compare that with the estimated cost of hydro-electricity, which could be as low as $20/MWh.

But, there’s one customer that uses 13% of the total electricity generated in New Zealand—guess who!

Rio Tinto, the majority owner of New Zealand’s Aluminium Smelter (NZAS) at Tiwai Point, recently announced their decision to close the smelter by the end of 2021. There’s no doubt its closure will have a major impact on the Southland economy. But it’ll also impact the gentailers and operator of the National Grid, Transpower.

The smelter accounts for a large chunk of New Zealand’s electricity demand. That’s lessened the economic incentive for building infrastructure to send more power north. Transpower suddenly needs to play catchup, with an estimated $560 million of investment required over the next 5–8 years. Gentailers will likely be hit with higher transmission costs.

Rio Tinto argues that it pays more for hydro-power in New Zealand than 90% of other hydro-generated energy smelters in the world. When announcing the loss of $46 million for the 2019 financial year, Stew Hamilton, Chief Executive and General Manager at NZAS, stated that “our transmission costs are the highest of any smelter we’re aware of in the world. Most smelters, especially those located close to generation like NZAS, pay considerably less”.

It’s a difficult claim to verify without direct access to Rio Tinto’s global numbers. But what’s clear is that the price for wholesale electricity in New Zealand has risen a lot over the last 10 years—from $64/MWh in 2010 to nearly $125/MWh in 2019. It’s difficult to see how a country with abundant hydro-electricity generation—and existing transmission infrastructure linking Manapouri to Bluff—could fail to offer an acceptable electricity price for the sector’s largest energy customer.

What it means for investors

For investors in the gentailers, the increase in the wholesale electricity price is generally good news. It’s underpinned the strong growth in their share prices since they listed. But that same wholesale price has impacted NZAS’ decision—reducing future demand.

Arguably, this is the market at work. If prices are too high, it’s time to go shopping elsewhere—which is exactly what Rio Tinto has done. Ironically, wholesale prices are now likely to fall significantly in the lower South Island due to the sudden oversupply of generation capacity, creating the exact conditions that Rio Tinto might have desired.

Meridian and Contact are the most exposed to South Island generation—creating a negative near-term outlook for these gentailers. After Tiwai Point’s closure, there will be more supply than demand for energy in the lower South Island. This will lead to more hydro spill (when water that could have been used for power generation is instead released from a dam) and lower wholesale electricity prices. These lower prices may cause the cost consumers pay for electricity to also fall.

Generators will of course reduce supply to better match demand. But this is unlikely to create upward pressure in wholesale electricity prices. For generators, it will be relatively easy to ‘turn back on’ existing capacity if prices were to rise.

All companies are likely to face an increase in transmission costs. Transpower will be investing heavily in the National Grid to shift cheap, renewable South Island hydro-power northwards. But it’ll have less MWh of power over which to spread its fixed costs.

Reduced profitability and cash flow may impact the level of dividends paid to shareholders. Many investors have purchased shares in the gentailers as a way of receiving regular cash income in a relatively low-risk environment. The level of this dividend in the short-term could be under pressure as the gentailers adjust to their new reality. They’ll update investors if theyʻre planning to make any changes as a result.

There are plenty of other factors impacting share price movement: company-specific performance, low interest rates, and a ‘flight to safety’ caused by COVID-19. But for Meridian investors in particular, there may be a stronger outlook in the longer term.

Meridian’s portfolio is underpinned by renewable hydro-electricity, resulting in lower generation costs than other gentailers. As less generation is required nationally, that puts the company in a good position to maintain most of its current generation volumes. But this relies on being able to send its power north, which Transpower’s planned investment should enable.

At a more ‘disruptive’ level, Meridian will also be motivated to influence the future of the sector.  All of the gentailers are encouraging ‘decarbonisation’ of consumer and industrial energy.  That’s about consumers switching to electric cars and big industrial users converting operations to focus on large-scale renewable electricity use.

However, the price of carbon credits affects the expected electricity growth created by decarbonisation. Historically, they’ve been priced between $5–$18. But the price paid by large industrial users isn’t yet at a level where itʻs a simple decision to change their energy usage.

Nonetheless, the recent passage through Parliament of the Climate Change Response (Emissions Trading Reform) Amendment Act is creating some upward pressure on carbon unit prices. It sets a ‘fixed price option’ of $35 per unit, which should increase electricity demand in the longer-term.

The gentailers may be subject to all sorts of volatility right now, but their revenues still represent around 3% of New Zealand’s GDP (Gross Domestic Product). And the companies themselves are not in any financial distress. The relentless march towards a carbon-neutral future and New Zealand’s high level of renewable generation gives gentailers a long-term advantage compared with their counterparts in other countries.

In the long-term, the smelter decision may just be a small pothole in the road.