We’re backed, so we can back you more—Sharesies New Zealand

We’ve raised $50 million so we can keep innovating and developing money opportunities that empower people in Aotearoa, Australia, and beyond! 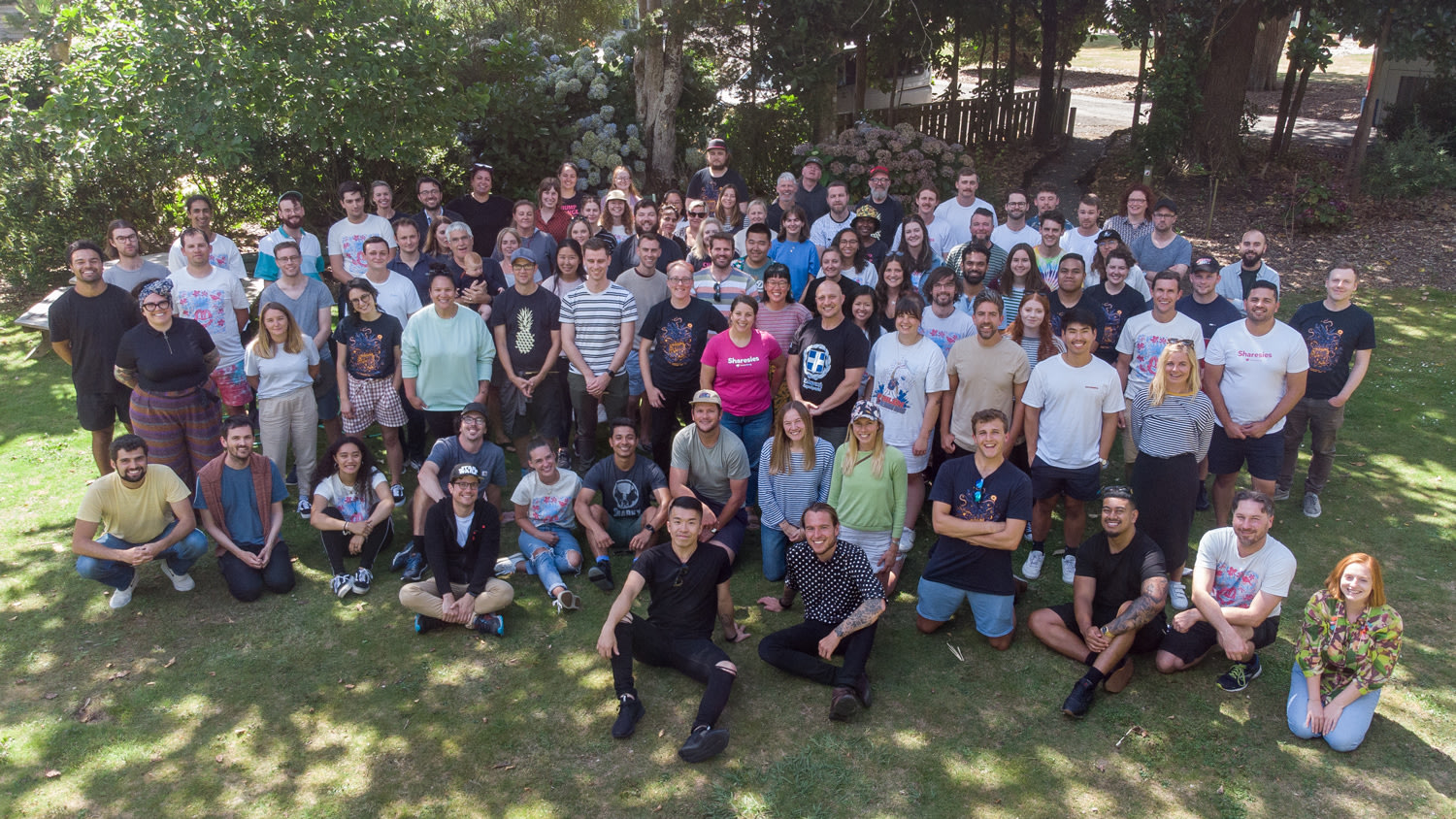 It’s been nearly 5 years since we started Sharesies, and while a lot has happened, there’s still so much more we’ve got to do.

We always knew fulfilling our purpose of creating financial empowerment was ambitious and would take time, lots of effort from our growing team, and funding.

Being able to raise money so we can keep innovating and developing money opportunities that empower, has always been part of the plan. That’s why we’re stoked to be able to share that we’ve raised $50 million.

It sets us up to do more of the things you’ve been asking for, plus some new stuff. Exciting! A big focus will be empowering more people in Aotearoa and Australia, where we launched earlier in the year. And we’ll be looking at how we introduce Sharesies in other markets.

It means a lot that smart, purpose-driven people from around the globe and in our own backyard support what we’re doing and are prepared to back Sharesies—including our staff.

Our media release below has more detail about the capital raise.

Sharesies raises $50m in funding round

The funding round was led by global venture capital firm Amplo, whose mission is to support entrepreneurs building globally ambitious companies that matter. Other investors include Rahul Mehta, Managing Partner at DST Global, who this year was named the 47th top tech investor in the world by Forbes. Investment also hails from Australia and New Zealand, including existing major shareholder Wellington-based Benton Group, Icehouse Ventures and Even Capital.

The investment doubles Sharesies’ $25 million raise in December 2020, and will primarily fund further expansion in Aotearoa, Australia and offshore. Sharesies soft-launched in Australia in April, before kicking off its marketing campaign in late August. The funding will lay the foundation for new product releases and development.

Sharesies is now valued at $500 million NZD and has nearly doubled in growth in the past 12 months, supporting a customer base of more than 450,000 investors who have over $1.8 billion invested. Access to the NZX, ASX, NYSE, Nasdaq, and CBOE, means Sharesies offers the most diverse investment range, with more than 8,000 funds and companies at no minimum investment.

Sharesies co-founder and 3EO Brooke Roberts says: “It’s fantastic that we’re continuing to gain very strong support to fund our purpose-driven growth plans. We’ve got heaps planned to provide further financial empowerment here in Aotearoa, as well as in Australia and beyond.”

Sheel Tyle, Founder & CEO of US-based venture capital firm, Amplo says: “We want to invest in companies that are purpose-led. The ambition of the Sharesies team is to help people succeed in growing their wealth, which made the decision to strengthen our existing investment into Sharesies a no brainer. We are delighted to be a part of Sharesies’ next chapter in Australia, whilst continuing its successes in New Zealand.”

Even Capital co-founder Sarah Park says: ”The inspiring female co-founders and balanced leadership at Sharesies really resonated with us, alongside their innovative and ambitious approach to equitable access to investment for people from all walks of life. We’re excited to see Sharesies expand into a truly iconic company, on the world stage."

Sharesies has continued to release new product features including a new look portfolio and recently introduced extra security with two-factor authentication. New types of investments are being added actively, including unlisted funds and American depositary receipts (ADR). Education also remains a core focus with the recent launch of the daily news podcast ‘Recap’.